Celebrating the accomplishments of Black Americans throughout history 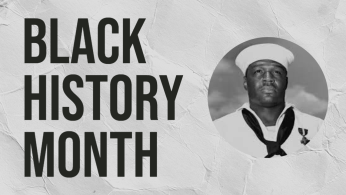 This month we recognize the many African American men and women who overcame great adversity, stood for equality, and paved the way for unity in this country and throughout the world. Black History Month celebrates the contributions of historical leaders such as Martin Luther King, Jr., Muhammad Ali and Harriet Tubman as well as modern figures such as Barack Obama, Maya Angelou and Oprah Winfrey. We also honor the first African American sailors whose strength, courage and determination profoundly impacted our United States Navy and whose significant contributions are felt today. Coming soon, in the Spring issue of The Oakleaf, RADM (ret) Dan McKinnon shares the story of Doris Miller, an African American mess attendant on the USS West Virginia in 1941 whose bravery earned him the Navy Cross. Below highlights the pivitol moments of African Americans' history in the Navy. 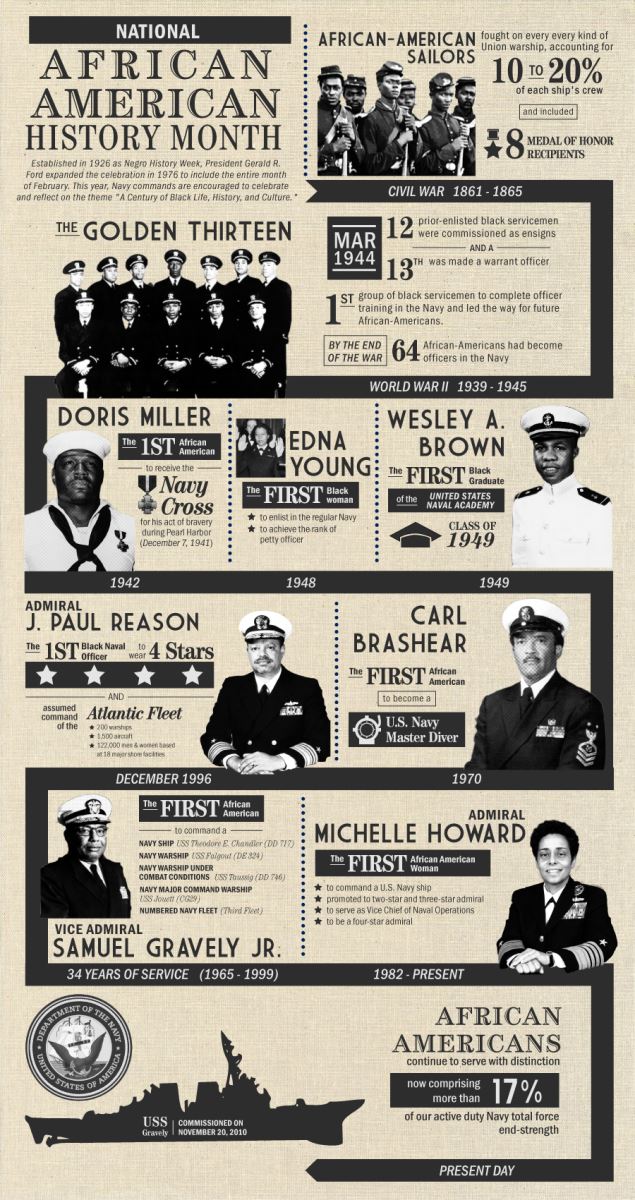