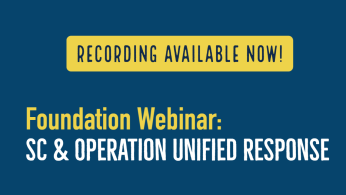 On January 12, 2010, a 7.2 Magnitude earthquake struck Haiti causing catastrophic infrastructure damage and loss of life to the major population center of Port Au Prince and surrounding areas. It is estimated that over 200,000 people perished and two million people were displaced. The country’s infrastructure was decimated.

We are excited to provide a video collage of the humanitarian relief efforts led by the Supply Corps officers who played a critical role across the theater and who were on the ground and offshore during the crises.

You can also view the recording of the Webinar and panel discussion of Supply Corps leaders who were on the ground and offshore: