Read stories of the children on Ford Island in 1941 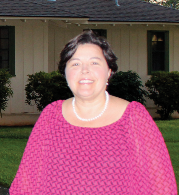 Readers of The Oakleaf will be happy to learn that “Ford Island December 7, 1941,” a book of the stories of the 1941 children of Ford Island, has recently been published. The stories, some of which appeared in the March 2014 issue of The Oakleaf , were compiled by Katrina Luksovsky; the book is now available online at www.FordIslandFamilies.com.

There is also a blog section on the website that has photos from the December 7, 2014 return of five of the 1941 children of Battleship Row to Hawaii. Watch for the March 2015 issue of The Oakleaf to learn more