Established in 1989, the Distinguished Alumni Program is one of the Navy Supply Corps Foundation’s hallmark programs as it identifies and recognizes retired and former Navy Supply Corps officers who have gone on to distinguish themselves by obtaining significant success in the public or private sector. 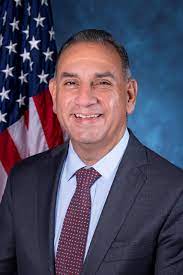 nomination to Department of Defense Personnel and Readiness Chief.

"As Biden's pick for under secretary of defense for personnel and readiness, he'll be charged with overseeing military readiness issues, as well as the Defense Department's education and health care benefits programs."

J. Ronald Terwilliger selected as 58th NSCF Distinguished Alumnus
By CAPT Bud J. Schiff, SC, USN, (Ret.), Director
On behalf of the Board of Directors of the Navy Supply Corps Foundation, I am pleased to announce J. Ronald Terwilliger as the 58th Navy Supply Corps Foundation Distinguished Alumnus. The Navy Supply Corps Foundation Distinguished Alumni program recognizes individual Supply Corps officers who have distinguished themselves after their Naval career “by obtaining significant success in the public or private sector and who credit their Supply Corps experience as a basic foundation of further professional achievements.”
Ron graduated from the U.S. Naval Academy with honors in 1983, was commissioned as a Supply Corps officer and served five years on active duty. Ron received his Master of Business Administration with High Distinction from Harvard Business School, where he was named a Baker Scholar. Following his graduation from Navy Supply Corps School, Ron played a year on the “Sublant” basketball team which won the All-Navy Championship. Thereafter, he joined the Nuclear Submarine Navy and served as Supply Officer on a Polaris nuclear submarine, after which he was transferred to the Norfolk Navy Supply Center purchasing department.
Ron is an ardent supporter of the U.S. Naval Academy and credits much of his success to the opportunities provided to him by the Academy and the Navy Supply Corps. Ron is Chairman Emeritus of Trammell Crow Residential Company and current Chairman of the ULT Terwilliger Center for Housing, which focuses on workforce and affordable housing—furthering the development of mixed-income communities with a range of housing options. Additionally, Ron is past Chairman of the Urban Land Institute (and currently serves as a Trustee), Chairman Emeritus of the Wharton Real Estate Center, past Chairman of the International Board of Directors of Habitat for Humanity, currently Chair of Habitat’s Global Development Council and Chair of the “I Have a Dream Foundation” (a nonprofit dedicated to educating low-income children), Chairman of the Enterprise Community Partners Board of Trustees, and serves on the boards of the
U.S. Naval Academy Foundation, the Urban Institute and the Horatio Alger Association.
In 2009, Ron was honored by the United States Naval Academy as a Distinguished Graduate for his lifetime commitment to service, personal character, and distinguished contributions to our nation. In 2012, Ron received the National Patriotism Award by the National Foundation of Patriotism. Additionally, he was selected for the Prestigious Horatio Alger Award – Class of 2014, bestowed upon individuals who have succeeded despite adversity and who are committed to supporting young people in pursuit of increased opportunities through higher education.
Other awards Ron received include the 2017 Edward W. Brooke Housing Leadership Award for his outstanding contributions to elevating the national discussion on rebalancing federal housing policy to better serve the needs of low-income households, the 2013 ULI Prize for Visionaries in Urban Development, the Housing Leader of the Year Award in 2009 by the National Housing Conference and he was inducted into the National Association of Homebuilder’s Hall of Fame in 2008.
Please join me in welcoming Ron to the ranks of the Navy Supply Corps Foundation’s Distinguished Alumni Program. Thank you for supporting your Foundation and helping to “take care of our own”.

Congratulations to our newest 2020 Navy Supply Corps Foundation Distinguished Alumni RADM (ret) Edward K. "Ted" Walker, Jr., inducted by way of a virtual ceremony in November 2020. With the continued challenges of the pandemic, a recorded online ceremony offered a great opportunity to honor RADM Walker in a timely manner. RADM Walker enjoyed a long and successful career in the Supply Corps, culminating as the 35th Chief of Supply Corps. He transitioned out of the Navy and continued his success while serving as President and CEO of the U.S. Navy Memorial Foundation and Chairman of the Vinson Hall Retirement Corporation.

The ceremony honoring RADM Walker can be viewed on the NSCF YouTube channel, through the link provided below:
https://youtu.be/X1B_r13W8CU

To learn more about RADM (ret) Ted Walker, please see the Summer 2020 Issue of The Oakleaf. 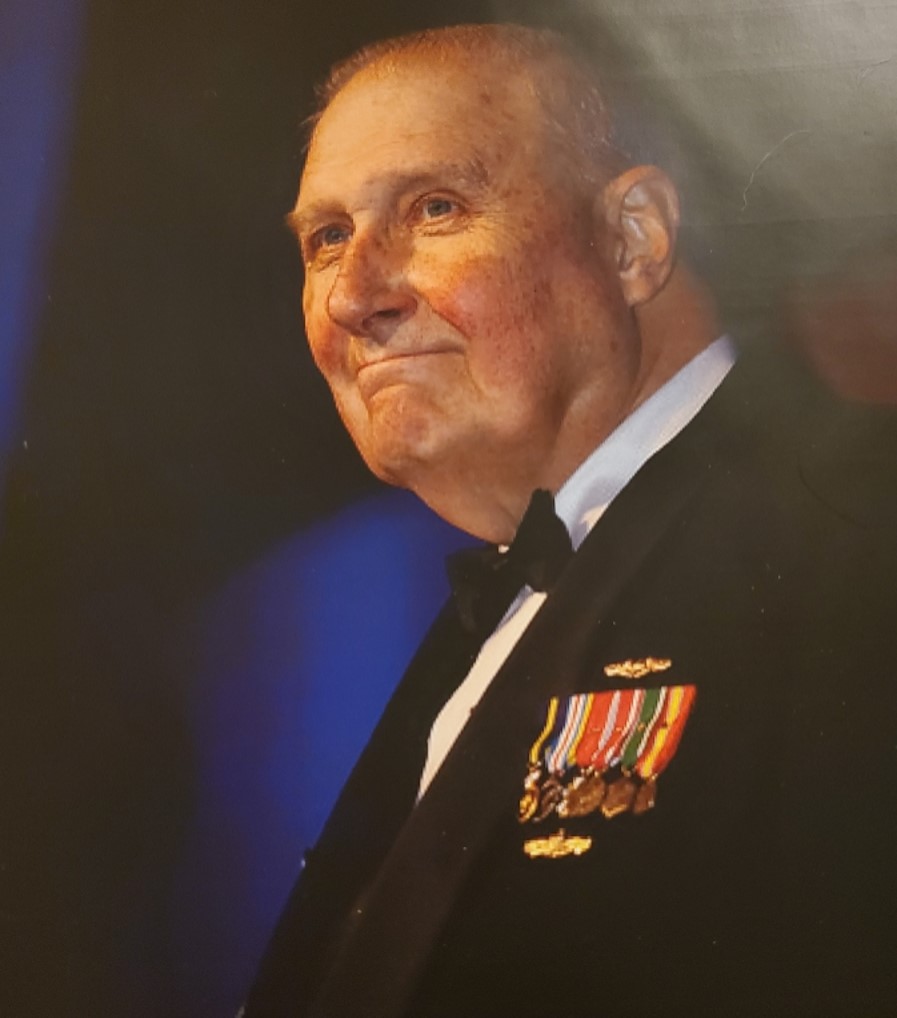 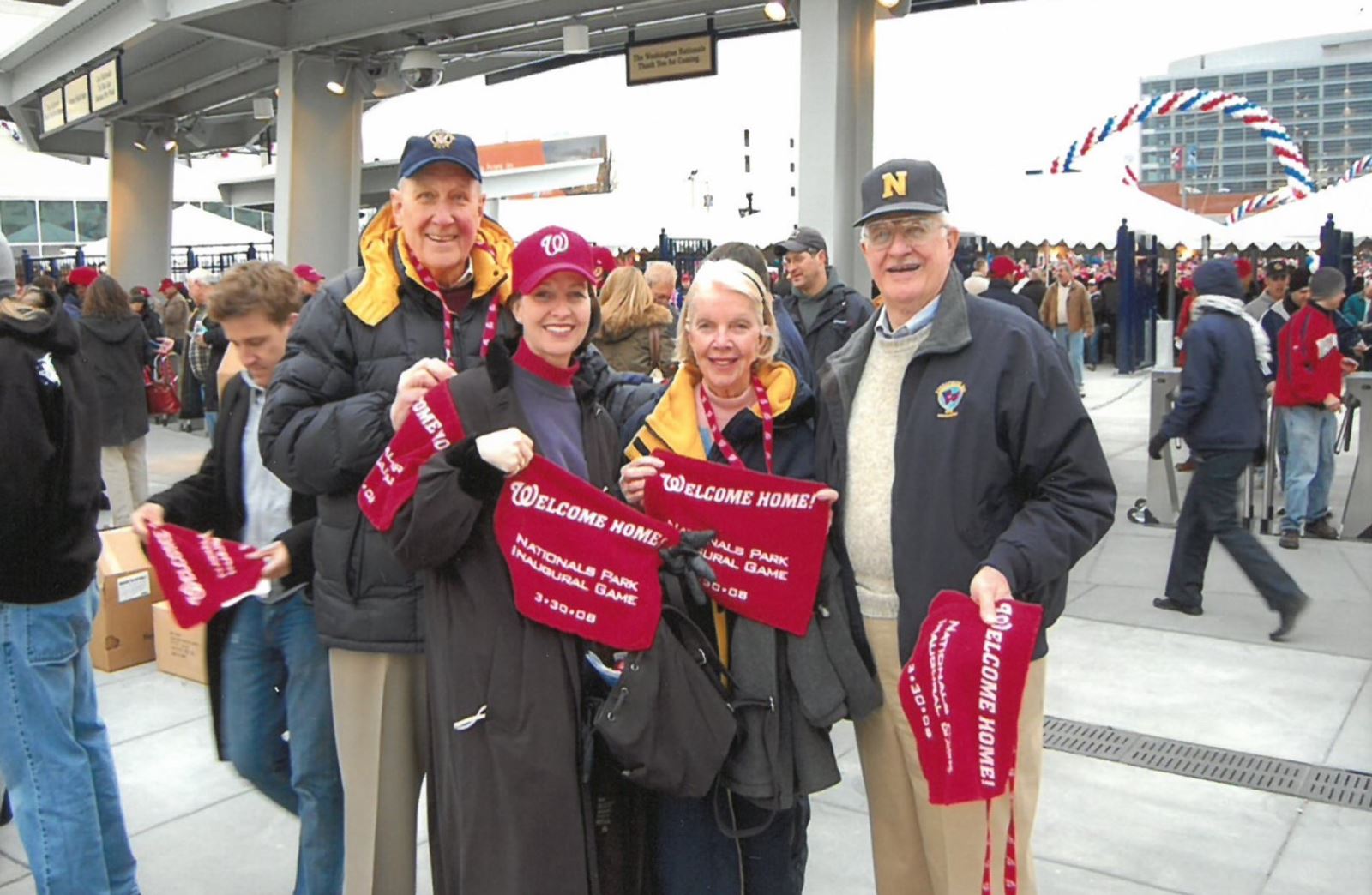 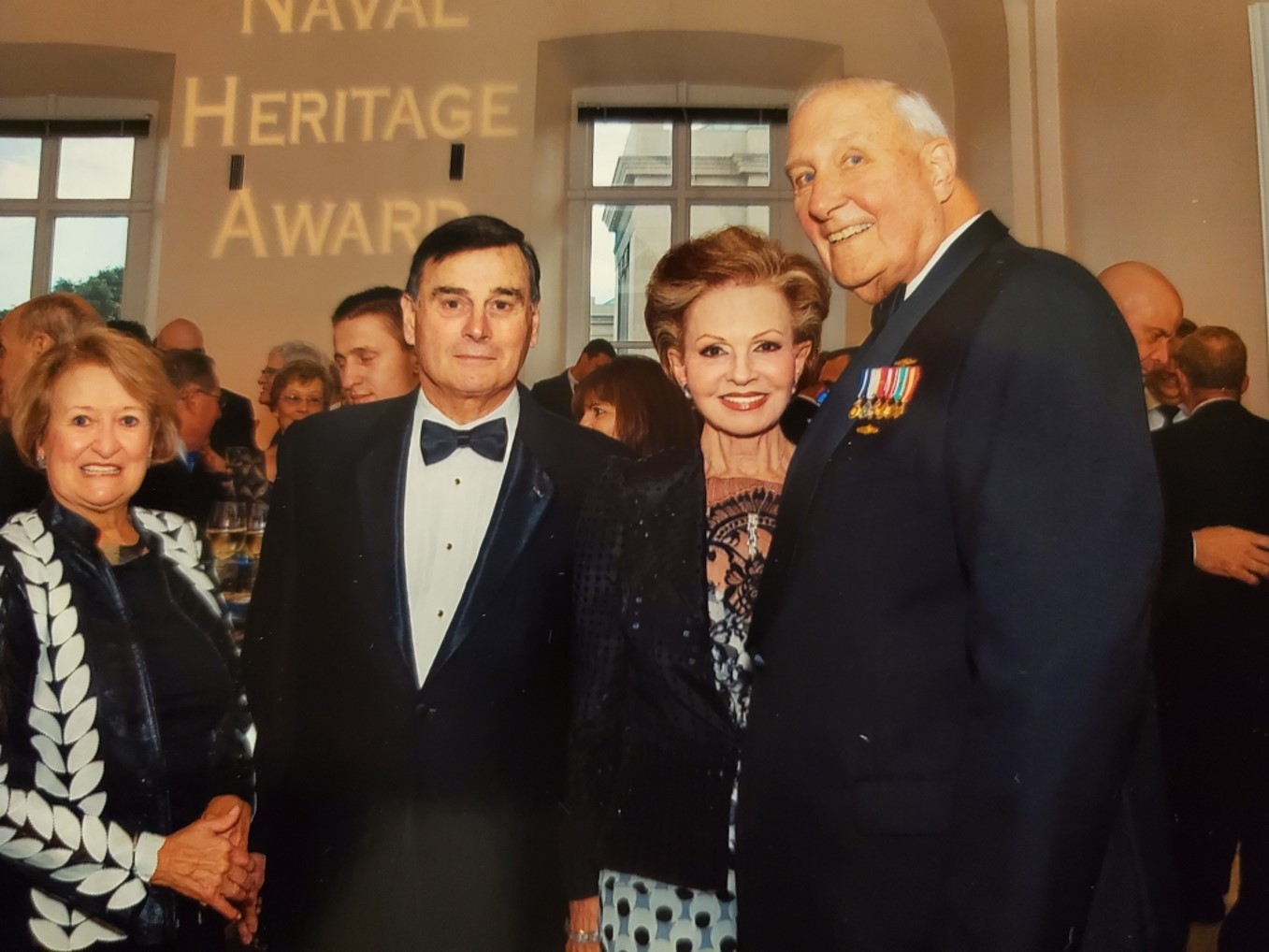 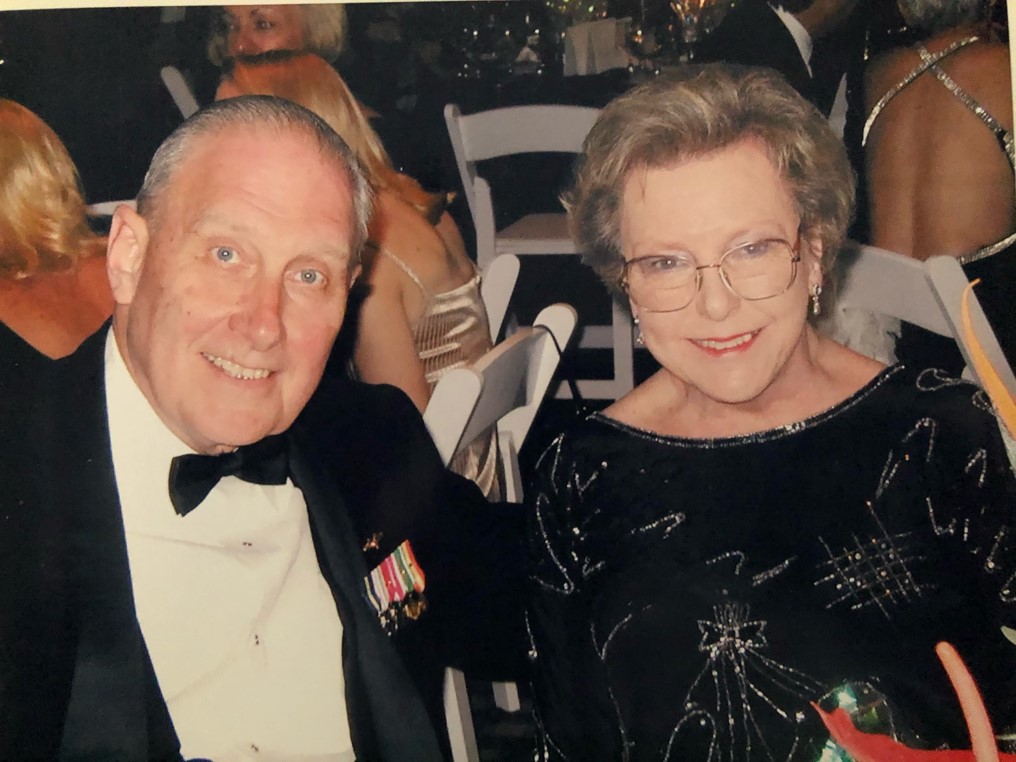 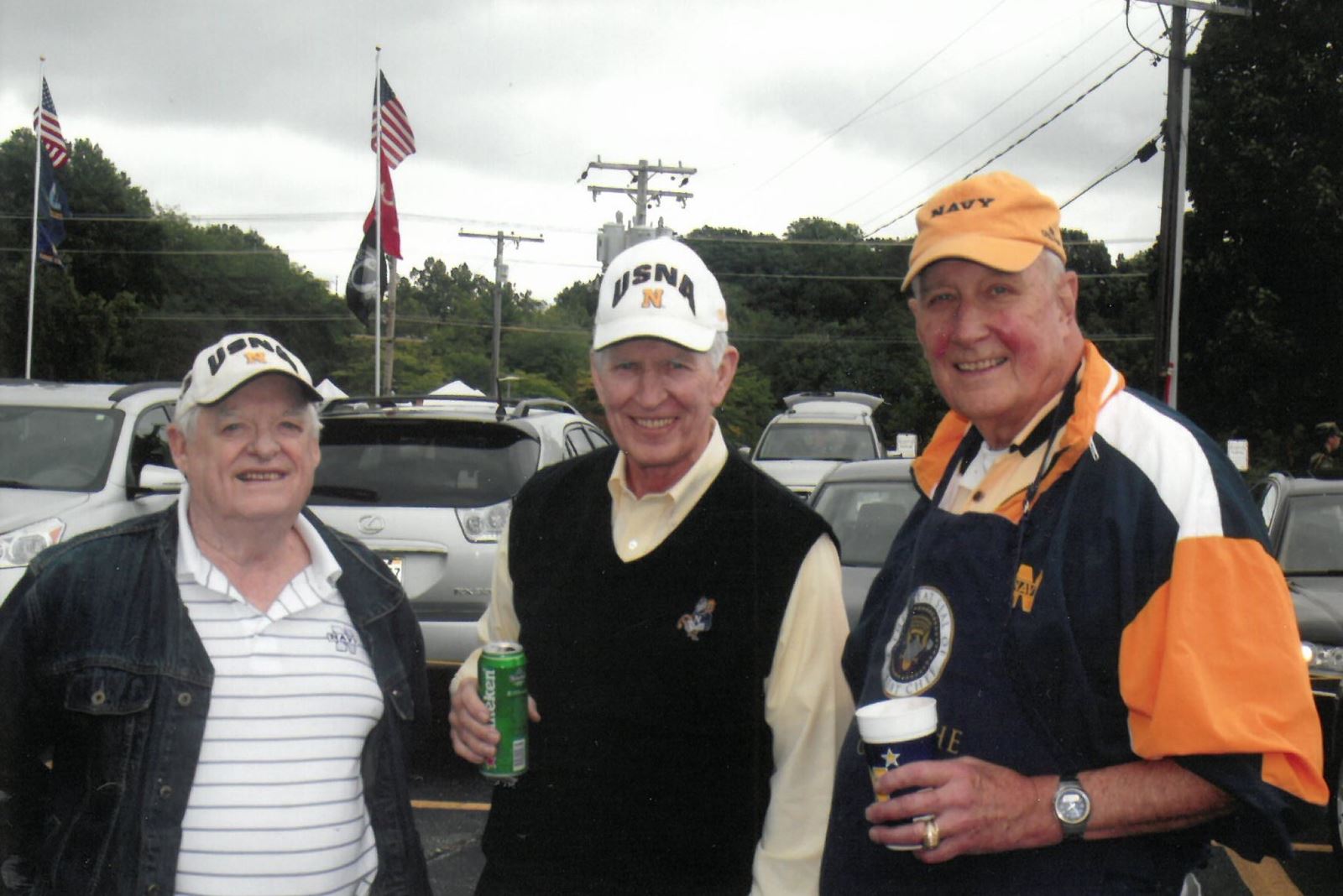 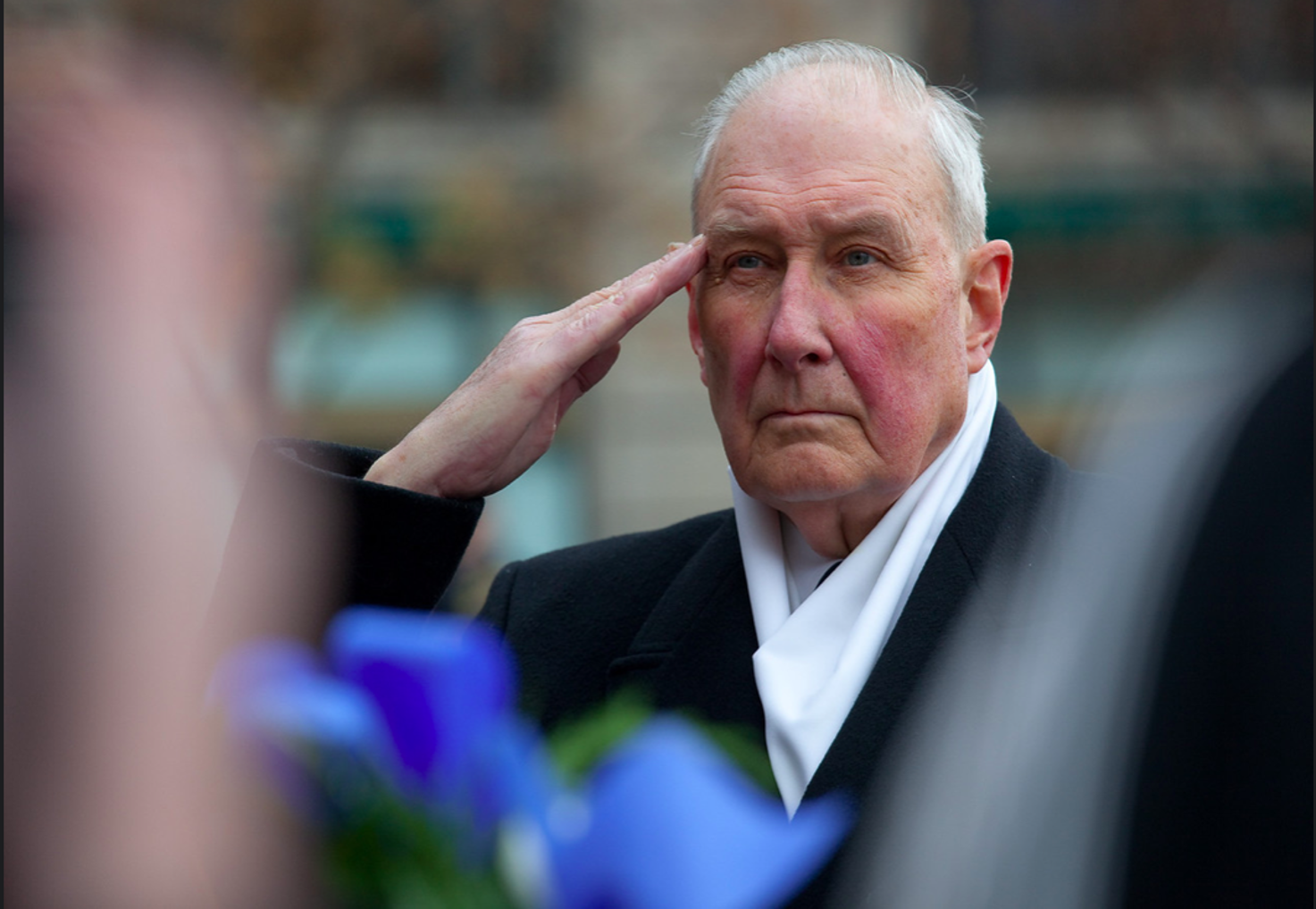 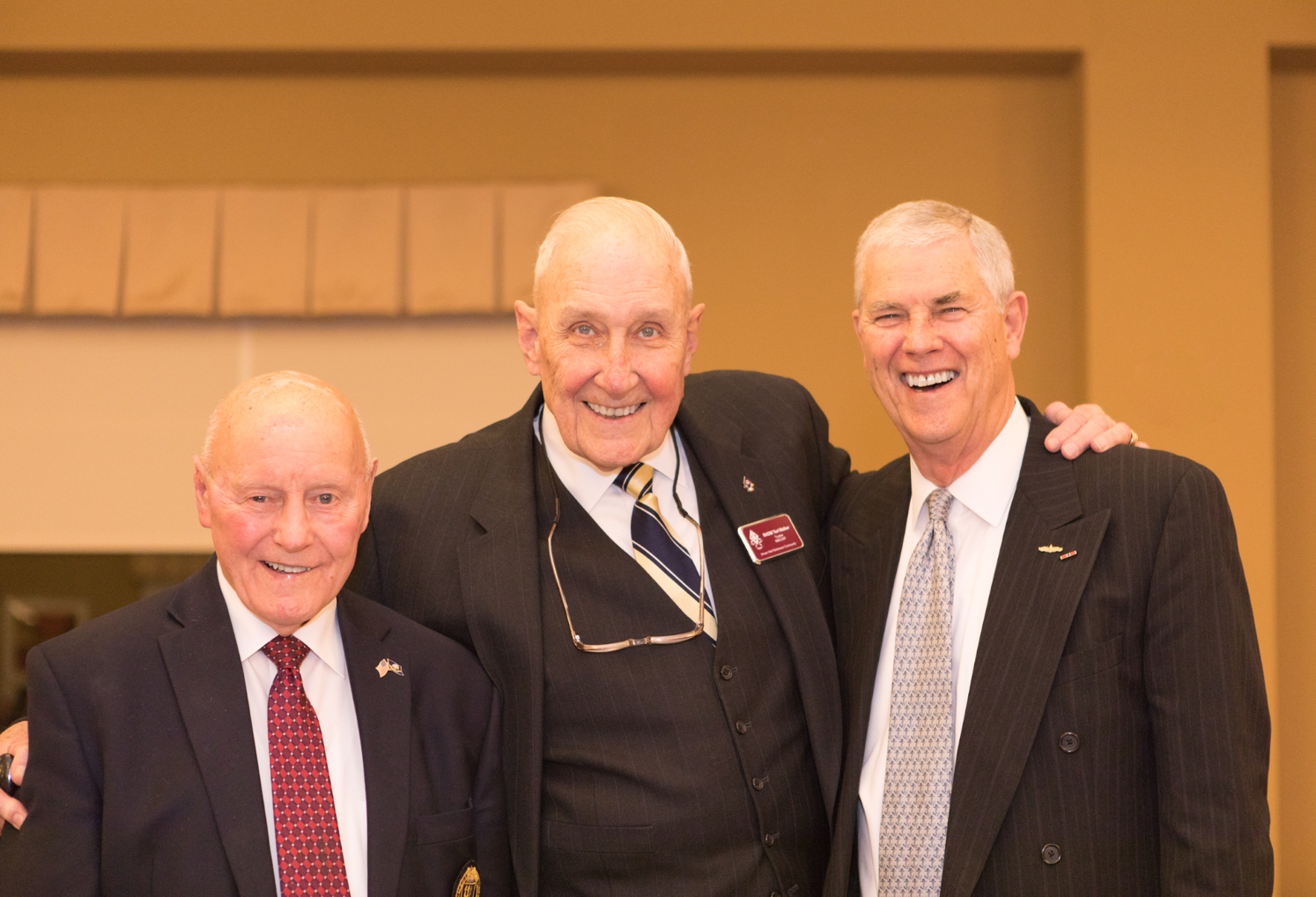 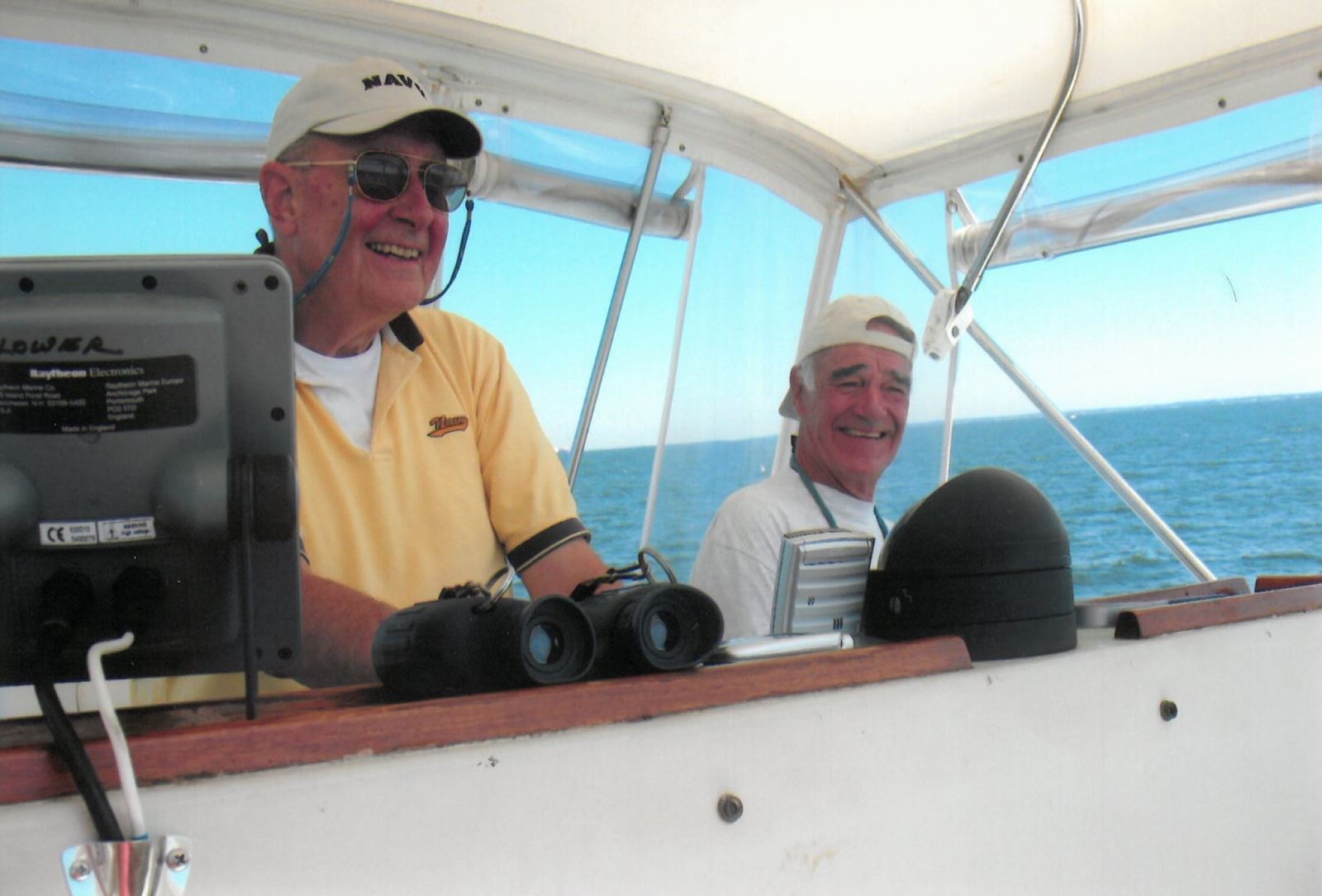 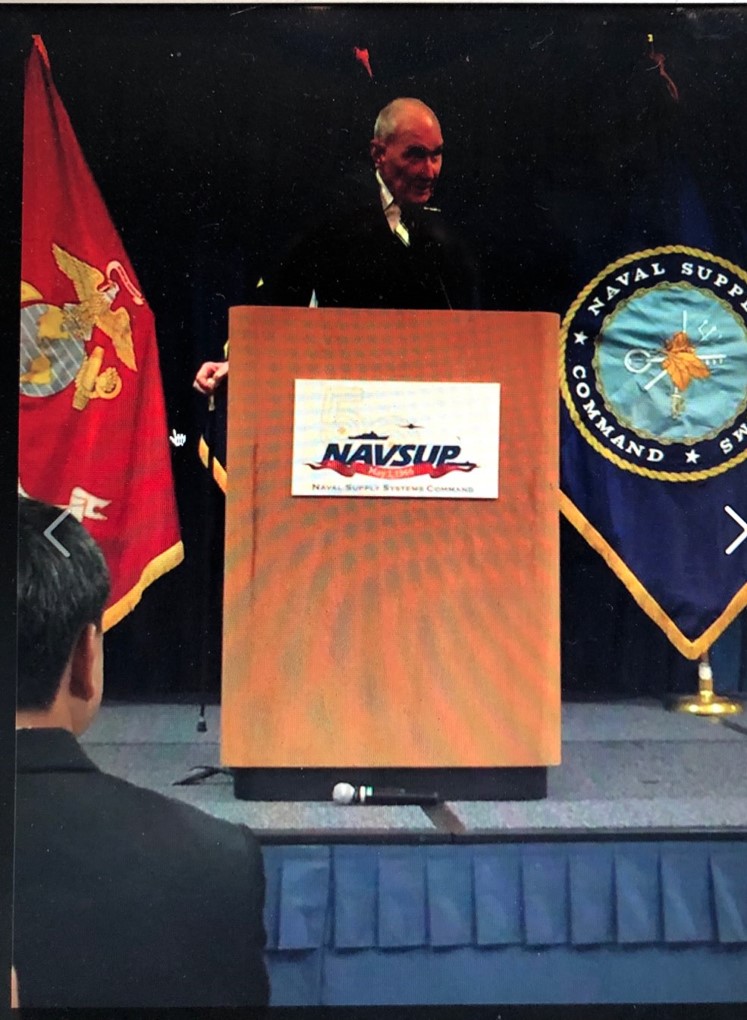 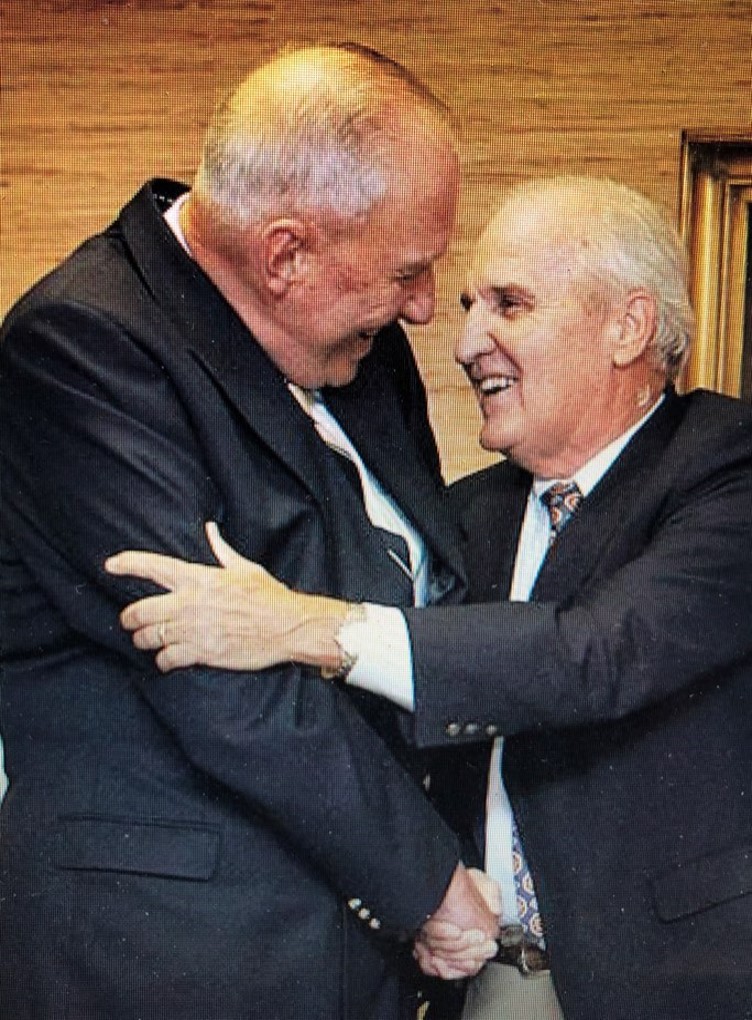 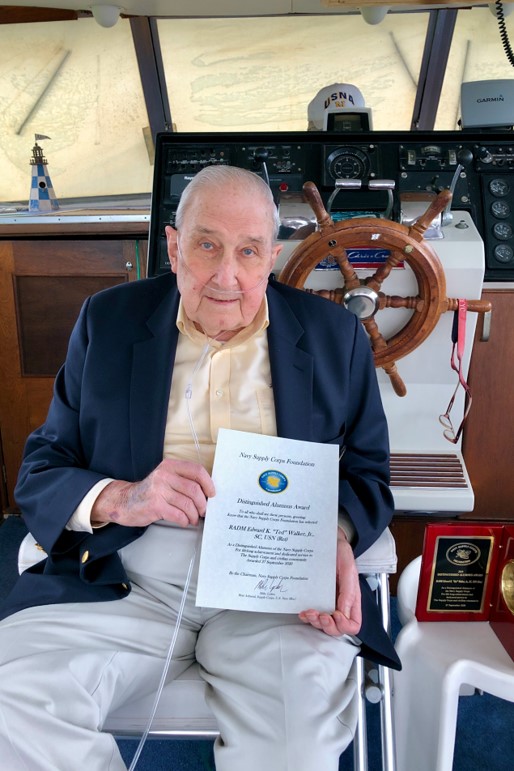 Join us in celebrating our recently-inducted 2020 Navy Supply Corps Foundation Distinguished Alumni CAPT (ret) Billy Dodson (inducted on August 27, 2020 in a virtual cermony). After 20 years as a Navy Supply Corps Officer, Billy went on to follow his passion, becoming a world-renowned conservationist, writer, and wildlife photographer. Billy's deeply intimate photos of animals from all around the world, published in National Geographic and on display at the Smithsonian, have earned him great honors and accolades.

The ceremony honoring Billy was recorded and can be viewed through the link provided below:
https://youtu.be/40riQ2JfAdI 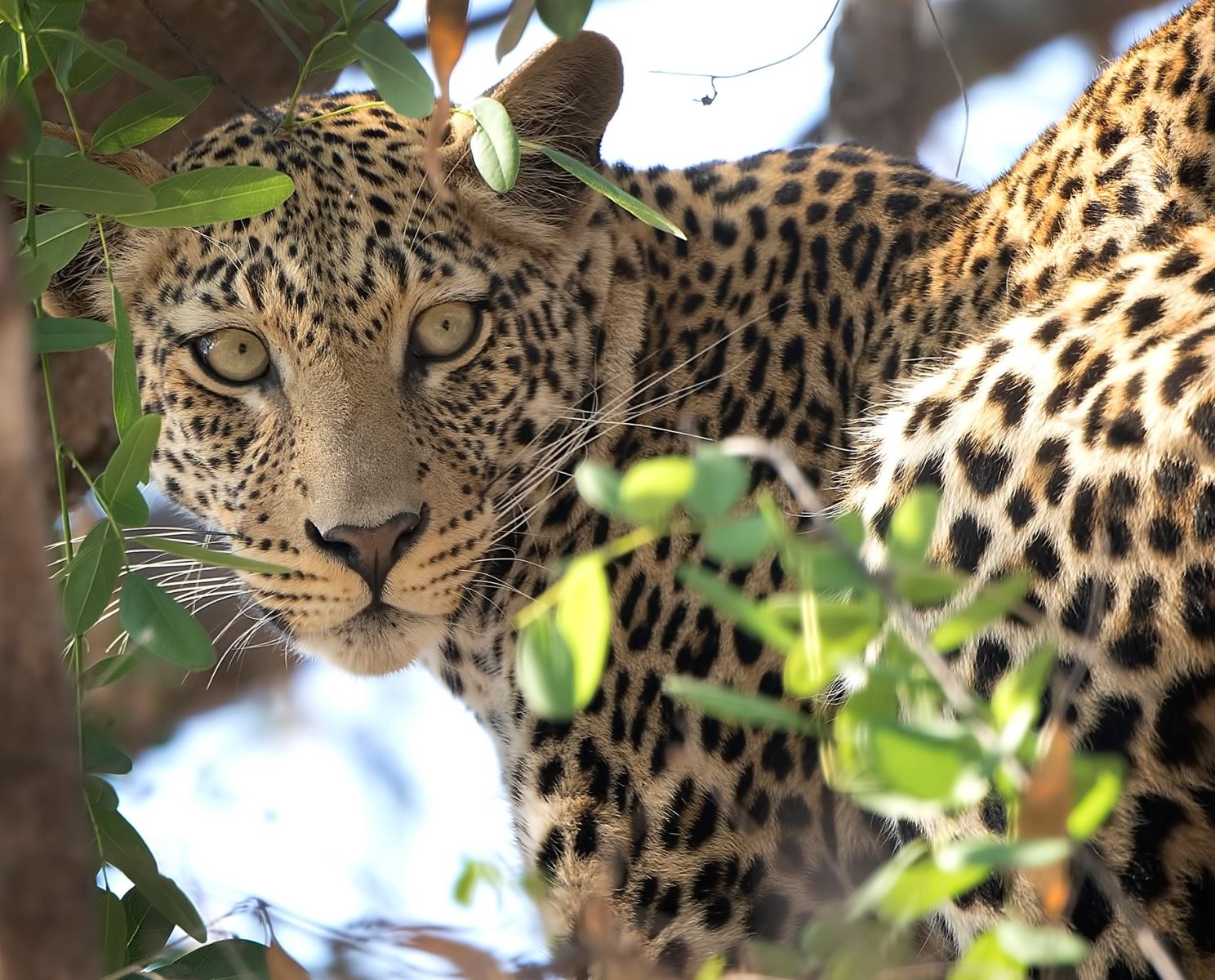 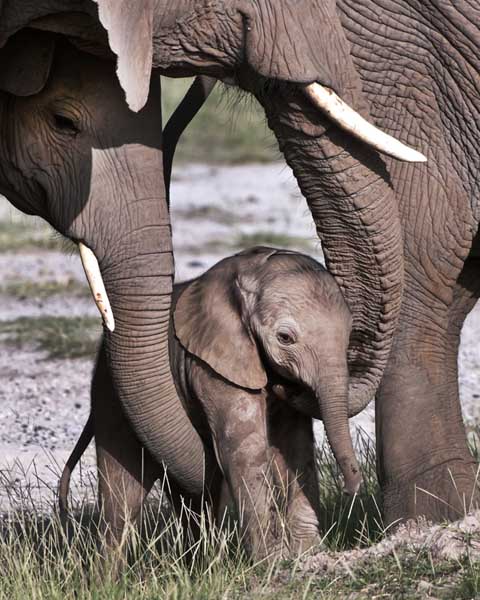 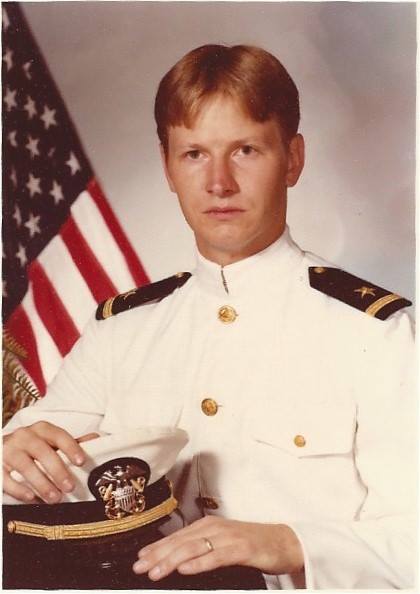 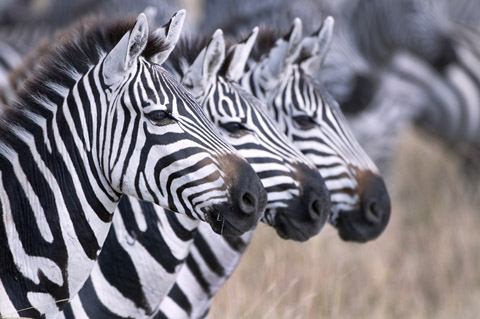 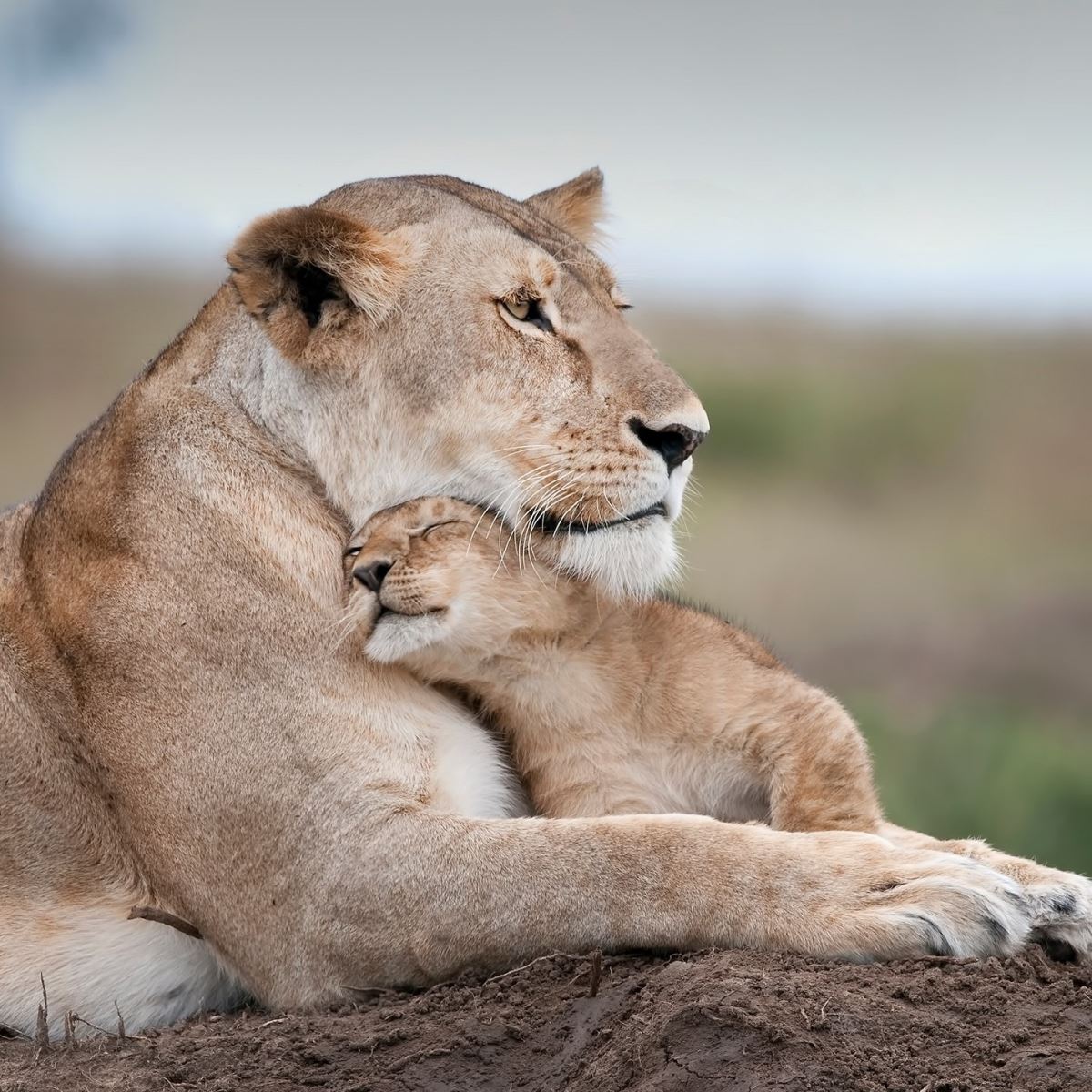 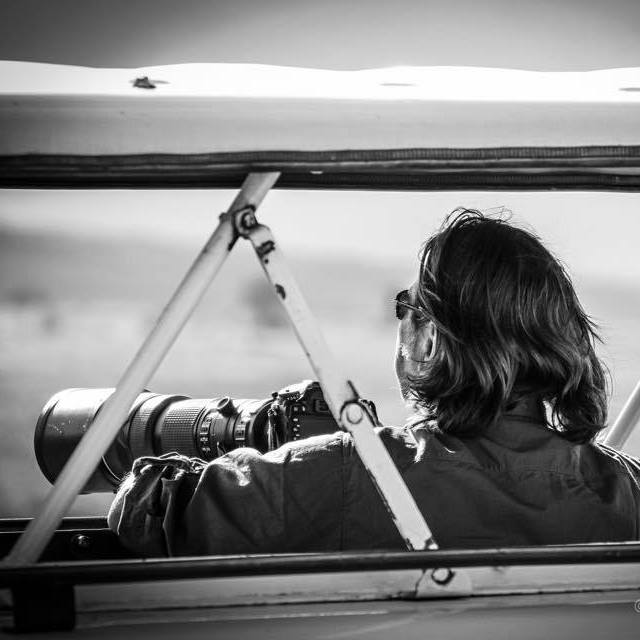 The Distinguished Alumni Program is one of the hallmark programs of the Navy Supply Corps Foundation. Its primary purpose is:

In conjunction with the 35th anniversary commemorative celebration of the Navy Supply Corps School (NSCS) home porting in Athens, Ga., the Distinguished Alumni Program was established. Since inception in 1989, the NSCF has selected 50 officers as Distinguished Alumni. Previously selected Distinguished Alumni are listed below. These selections have come from government, academia, as well as business and industry.

The basic eligibility for this award will be Supply Corps officers who have been inactive/retired for at least five years. No civilian field of endeavor will be preferred over any other. This award will be an ongoing program to annually identify individuals who have left active duty, but have continued to utilize those skills believed to epitomize the Supply Corps officer and have risen to levels of significant and wide recognition in their chosen field. The intent in formulating the Distinguished Alumni program is multi-purpose. First, the Foundation desires to recognize truly superior individuals who have gone on to bigger things following their Supply Corps tenure. Secondly, after accepting nomination, the individual officer will become involved in the activities of the Foundation, including its fund drive, either personally or through their corporations/organizations, and charitable endeavors. Additionally, to actually culminate the award process, the nominee will officially receive the Distinguished Alumni award at the Navy Supply Corps School or at another appropriate venue. The Foundation anticipates the award ceremony will take place within 12 calendar months following selection.

Prior service, active duty, reserve and retired Supply Corps officers, or previous Distinguished Alumni are encouraged to submit letters of nomination for individuals as a Navy Supply Corps Distinguished Alumni. The nominating letter should include a brief background of the nominee along with the reasons for the nomination. A current biography of the nominee should also be included with the nominating letter.

Upon selection, the Chairman will by letter notify the prospective Distinguished Alumni of his/her selection. This letter will outline the extent of the honor the Supply Corps Foundation wishes to bestow on the nominee, as well as the responsibilities the Foundation wishes him/her to assume. The Chairman will, if possible, appoint a member of the Foundation's Board of Directors to personally deliver the congratulatory letter to the prospective Distinguished Alumni.

Changes to this precept may be promulgated as required by the Foundation President not later than 1 August of each year.